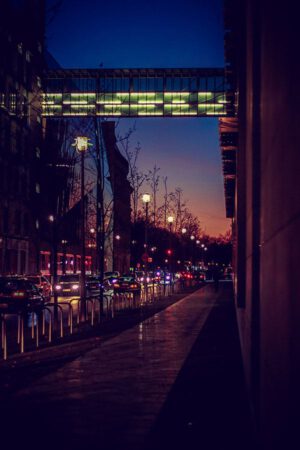 There are typically three areas of IoT from a bandwidth requirement perspective, high bandwidth, medium bandwidth and low bandwidth. Low-power wide-area networks (LPWANs) fit into the the low bandwidth area with their low-power usage, capability to support a large numbers of users and long-range connectivity over a long period of time which make it suitable for many IoT applications in areas such as sensor monitoring, metering, environment,  asset tracking, and aggrotech. This also differentiates LPWAN from other wireless network protocols like Bluetooth, RFID, cellular M2M, and ZigBee  etc, it addresses major drawbacks of short-range radio technologies (e.g. Wi-Fi, Bluetooth) and cellular.

Key LPWAN capabilities are low power consumption, low costs (module and connection), long range, low data size and throughput, and reduced complexity and scalability. The long-range  of LPWAN technology varies from a few kilometers in urban areas to over 10 km in rural settings , the low power of LPWAN transceivers can run on small, inexpensive batteries for up to 20 years.  There are a number of competing standards and vendors in the LPWAN space, the most prominent of which include:

More on LPWAN for IoT in future posts…

This website uses cookies to improve your experience while you navigate through the website. Out of these cookies, the cookies that are categorized as necessary are stored on your browser as they are essential for the working of basic functionalities of the website. We also use third-party cookies that help us analyze and understand how you use this website. These cookies will be stored in your browser only with your consent. You also have the option to opt-out of these cookies. But opting out of some of these cookies may have an effect on your browsing experience.
Necessary Always Enabled
Necessary cookies are absolutely essential for the website to function properly. This category only includes cookies that ensures basic functionalities and security features of the website. These cookies do not store any personal information.
Non-necessary
Any cookies that may not be particularly necessary for the website to function and is used specifically to collect user personal data via analytics, ads, other embedded contents are termed as non-necessary cookies. It is mandatory to procure user consent prior to running these cookies on your website.
SAVE & ACCEPT
WP Twitter Auto Publish Powered By : XYZScripts.com